Reasons to #PutLNPlast in Qld NSW and Australia

Hard to believe that Jeff Seeney wants to put a hi rise mega suburb on Wavebreak ??#PutLNPLast http://t.co/iAaPxLF9tM via @youtube

Put the LNP last. This is a must listen to, but be warned it's catchy. #qldpol #qldvotes #auspol #PutLNPLast http://t.co/wcqG5kPnMl

Newman has been raking in the donation dollars, most undeclared. Is this democracy? #qldvotes #PutLNPLast pic.twitter.com/BOWpd0BcRi

Liveblog of reasons to #putLNPlast -will be updated constantly until #Qld Votes ..also covering #NSWvotes &... http://t.co/GSDt5obaPQ

Posted by Occupy Sydney at 17:04 No comments: Links to this post

Occupy Sydney Light Brigades are forming with an initial focus on the Stopping the Trans Pacific Partnership coming through the front door or the back door.

The video above shows you the big picture about how bad the TPP will be for you. But there's much more. Government's and Corporations don't have a preference as to whether they bring it in through the front or back door...and they're trying to do it in secret. The front door is by signing the agreement. The backdoor is by bringing it in in piecemeal scraps of legislation scattered across Federal State and local body jurisdictions. Some of which will bang the door shut on our freedoms. 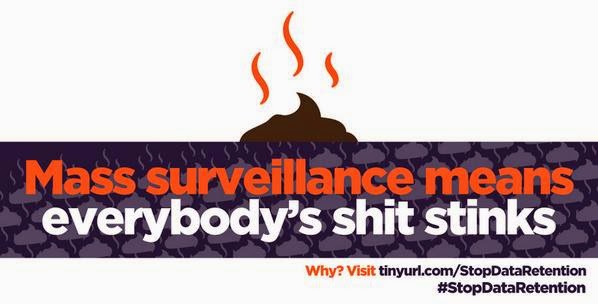 TPP to live on in other acronyms even if it fails:

In 2015 we have the responsibility to stand up and fight back. It is the most important battle facing Australian people as well as those of other potential partner countries in a generation. It is a battle in defence of freedom. Choose your method here.
Further information:
Posted by Occupy Sydney at 20:29 No comments: Links to this post

Why control one side of the conversation when you can control it all? 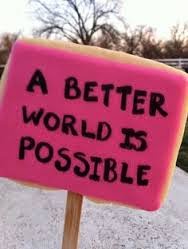 The name Rothschild is synonymous with everything that revered Corporate Capital and their political servants -and reviled by people who see that a better world is possible...

Posted by Occupy Sydney at 11:14 No comments: Links to this post

We hear you're wavering, that's not OKWe thought your integrity war was wonyou took a stand for the people, don't turn and runDon't you dare have a change of heart
[Chorus]Ricky don't lose your ThunderYou don't want to lose the peoples trustSend it off in a letter to yourselfRicky don't lose your thunderIt's the only one you ownYou might use it if you feel betterWhen you get homeYou are the peoples friend so far, they know your nameYour Driving passion got you in politics Fast LaneEducation definitely is not your game, we knowThe people too could have a change of Heart 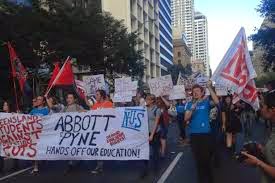 Ricky don't lose your ThunderYou don't want to lose the peoples trusttell Abbott to go screw himselfRicky don't lose your thunderor those who elected you will disownintegrity will make you betterWhen you get home
Posted by Occupy Sydney at 10:57 No comments: Links to this post

For 2015 Occupy Sydney are holding our discussions away from Facebook. Our Facebook channels will still be maintained.

Posted by Occupy Sydney at 07:26 No comments: Links to this post

Anti-whaling activism out of Australia just got a whole lot smarter, faster and flashier. Not to 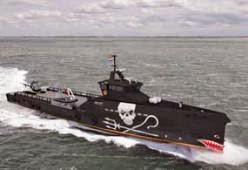 mention scarier. Chris Graham reports.
Sea Shepherd – the globally renowned environmental organisation with its southern base in Australia – has just upped the ante in the fight to prevent illegal whaling with an announcement yesterday that construction will begin immediately on a state-of-the-art vessel aimed squarely at frustrating Japan’s ongoing attempts to strip our ocean of whales
(from New Matilda below)

Golden Guitarist Luke O'Shea is the latest defender arrested after locking on against the destructive expansion of the Whitehaven and Idemitsu-Boggabri Coal Mines which will destroy much of the unique Leard Forest habitat.

"Let us all remember our forefathers defining ANZAC spirit & courage as they answered the call to join & help their mates already over the other side of the world fighting for their lives.
One hundred years on, the call for help and for backup is coming now from our own mates and family members, whose lives & livelihoods are being attacked in our own back yard, on our own Australian soil.
The enemy has not used bayonets or bullets to invade, but bureaucracy and bullshit. Too much of our country is covered in mining licences." - Luke O'Shea
Join Luke in the fight and come out to the ‪#‎LeardBlockade‬ for Bat Attack

Luke O'Shea being taken into custody after standing up for water and land. Will you hear the call? #Leardblockade pic.twitter.com/I3zTyIYm4B
— FrontLineonCoal (@FLACCoal) January 27, 2015

Posted by Occupy Sydney at 13:14 No comments: Links to this post

We were sure that Lamestream media would cover it but they're all about recognise aren't they? Here's what the blackfellas and community who aren't subservient to government money are saying:


#InvasionDay march in Melbourne more than a match for 'The Australia Day" march. The beginning of Justice? pic.twitter.com/LS0Zy95tjA
— 3CR Community Radio (@3CR) January 26, 2015


"Today was the best Invasion Day protest I have ever been to. A real feeling of Aboriginal Pride and Resistance." https://t.co/c5AWxcLkAW
— greenleftweekly (@greenleftweekly) January 26, 2015

Ray speaking about Julieka Dhu (on tshirts) who died in custody after being arrested for unpaid fines #invasionday pic.twitter.com/6Vdmz42i8s
— Linda (@jockarooo) January 26, 2015


Marching down Cleveland st in the pouring rain. What do we want? Justice! #invasionday pic.twitter.com/9pCLnqOtzo
— Linda (@jockarooo) January 26, 2015

#Anonymous: The Truth about Australia Day

Posted by Occupy Sydney at 14:44 No comments: Links to this post

Peter Wellington: (posted on facebook) I am writing to the Queensland Electoral 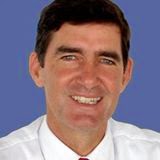 Commission to investigate Newman’s threats to voters On Tuesday I will send a formal letter to the Electoral Commission asking them to investigate threats made by Premier Newman and his candidates to vote for the LNP or miss out on promised infrastructure and services. These outrageous bribes or threats to voters could breach the Queensland Electoral Act and attract a term of imprisonment. Recently we have seen the Premier and his candidates warn electors that only if they elect them will they receive any promised advantages to their electorate. In other words, vote for me or get nothing. Tomorrow is Australia Day and the behaviour of this Newman LNP Government falls far short of that which we expect from our leaders. No longer in Queensland is everyone equal before the law, and no longer does the LNP govern for all Queenslanders only those who vote for them. Please share.

Campbell Newman says he cannot guarantee the Liberal National Party's big spending promises, even those with bipartisan support, if the party wins government but not the seat a project is in. (read more ABC )

Occupy Sydney urge you (if you are a registered Queensland voter) to support and endorse Peter Wellington's call by writing to the Electoral Commission yourself demanding that they investigate the legality of Newmans crude blackmail attack.A call for cancellation of the election could be added. Please add your voter ID.
Electoral Commission Queensland

Post by Peter Wellington MP - The People's Voice, not a Party's Puppet.

Posted by Occupy Sydney at 11:52 No comments: Links to this post

Sunfresh: The kind of businesses that support Newman,Newman supports (and business as usual) 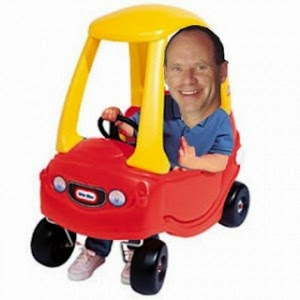 It comes as no surprise that the Sunfresh Laundry business in Darra which Campbell Newman recently used as a platform for his election campaign is mired in the grubbiness of worker exploitation. Still its shocking to learn from concerned and bureaucratically hamstrung professionaly who spoke us only on the condition of anonimity of two serious lost time injuries at the workplace within minutes of Newmans arrival.

According to Newman "Sunfresh Linen is a great example of a business that will save under the LNP’s strong plan with savings of about $78,000 on their water bills over two years from 2016/17 and ongoing savings of about $16,000 a year on their electricity bills."
No mention of the plant paying workers below minimum award wages until recently-or the lost time injuries to workers. No mention of the company refusing to negotiate a new Enterprise Bargaining Agreement. No mention of the lack of workplace compliance standards the workers have to endure.
This is the type of exploitative businesses which Campbell Newman and the Queensland Liberal National Party are quite happy to endorse.
The plant, a family business is operated by brothers Steven Daniel and Lawrence George who were unavailable when we tried to contact them.
(More coming on this story)
Posted by Occupy Sydney at 17:51 1 comment: Links to this post 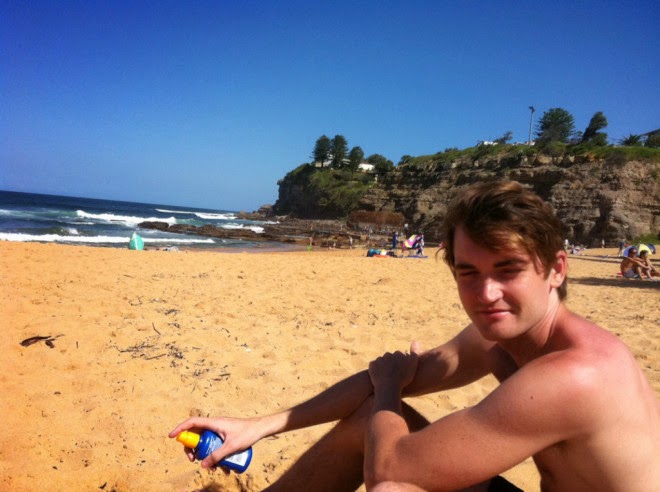 Australian - British Citizen Peter Nash was extradited to the U.S. on Silk Road charges. There is some mirth in his allegedly doing his "job" from inside the confines of Wacol Prison where he worked. If found guilty Peter faces life in prison.
A side revelation is that while Australia will quite happily allow and facilitate extradition of its citizens to the U.S. the U.S. will not extradite its citizens to Australia. The U.K. conservative MP Theresa May pushed laws through the British parliament which recognised such an imbalance in their extradition treaty and to the benefit of Gary MacKinnon and others awaiting extradition passed laws refusing to extradite to the U.S. We wait in Australia for extradition parity to be back on the table.
The journals of alleged Silk Road mastermind Ross Ulbricht provide an insight into how he built Silk Road. They are on the link below

Posted by Occupy Sydney at 11:18 No comments: Links to this post

"When injustice becomes law resistance becomes duty."
Following the recent sentencing of Jeremy Hammond to ten years jail for giving the public information on the US government's nefarious STRATFOR operations the terrorism of would be "whistleblowers" - people who come from the school of ethics that demands they act in the publics interest- today the injustice continued...

Today's Supreme Court message was directed at and calculated to cause fear among those activists of the decentralised Anonymous collective-and others who may choose to take that path.In a calculated act of State Terrorism Barrett Brown was sentenced to 5 years and 3 months jail for reposting information on Stratfor which the government of the United States didn't want the world to know about.
Full statement to the Court from Barrett Brown (reposted from Sparrow Media)

[DALLAS, TX]  A sentencing hearing is underway in a Dallas Federal Court this morning to determine if journalist Barrett Brown will be released on a sentence of time served or if he will remain in prison for several more years.  Brown’s attorneys are asking that the journalist, who has already served over two years in Federal Detention, be granted a sentence of time served.  Prosecutors are asking for a sentence of 8.5 years be imposed on Brown, and cite his proximity to sources in the clandestine hacker collective Anonymous as reason for the upward departure. Inside the hacking of Stratfor: the FBI’s case against Antisec member Anarchaos

Posted by Occupy Sydney at 12:50 No comments: Links to this post